Sam asked Alice, “Would you please get your medical receipts together so I can finish the taxes?”   Alice said, “I’ll try to get to it this weekend.”   By the next week, Sam noticed Alice hadn’t gotten the receipts to him.  When he asked her about it, Alice said, “But I did try.  I just didn’t find the time to do it.  Stop nagging me.  I’ll try and get it done next weekend.”  Sam was frustrated.

They brought this up in their next therapy session.  I explained that many couples have trouble making and keeping agreements.  Sometimes it’s because they can’t come to an agreement.  Sometimes the agreement may seem to one person to be implicit and not actually verbalized.  Sometimes it’s because one person will say “Yea I’ll do it” when they don’t really intend to do it and hope the other person will forget.  But sometimes, like in this case, the problem may come from a lack of clarity of what “trying” means.

Alice believed that she was being cooperative when she said she’d “try” to do it.  She had actually hoped she’d get the task done last weekend but said she didn’t promise to do it.  She knew she didn’t want to do it and she believed there was at least another month before the taxes had to be finished.  She felt justified in not getting to it, and was surprised that Sam was making such a big deal out of it.

Sam, on the other hand, had thought she’d made an agreement – and then broken it.  He was, naturally, disappointed and wondered if she’d ever get to it.

I suggested that if either of them was tempted to say that they would “try” to do something, they should STOP – and carefully think about a more considerate response.   Sincerely consider the task, create a realistic plan, and commit to revising the plan if you are unable to complete the task in the time you suggest.  Also, they should be willing to negotiate the plan until they both feel good about it.  Then, keep your agreement!

Alice turned to Sam and said, “I’m sorry.  I was ashamed that I’d not carefully filed all the medical receipts.  I’ll ask the pharmacy if they can give me a list of last year’s charges.  I’ll organize the receipts I have.  I’ll compare the information to our calendars, our checkbooks, and our credit card statements.  I’ll set up a file folder for this year so this won’t happen next year.  By 7 pm on this next Sunday night,  I’ll show you everything I have.  If I’m not finished by then, I’ll let you know how much longer it will take me to finish the job.

Sam replied, “That sounds like a good plan.  I understand it may take time to get everything together.  If you want some help, please ask me.  I sure appreciate your commitment to working on this.”

As you eliminate “try” from your vocabulary and respond more considerately, you’ll gain confidence in your ability to make and follow through with your agreements.  As you both do this, you will trust each other more and the integrity of your relationship will deepen. 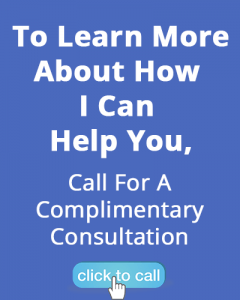